“We have several visitors a year who come here just to see it, and a number of other visitors who are surprised to find out we have one,” says Rich Johnston. “We hear ‘You’ve got a REAL Tucker?’ quite a bit.”

Johnston, technical writer for the Speedway Motors Museum of American Speed, is speaking about the museum’s 1948 Tucker Torpedo, one of the most controversial automobiles in American history as well as among the most famous. It could be argued its fame led to its controversy, or vice versa. It certainly was the most innovative automobile created in the country since the end of World War II, showing up at a time when Americans were hungry for a new kind of car, including one with a rear engine meant for a helicopter, a pop-out windshield, and a center headlight that turned with the wheels.

The Lincoln museum’s Tucker – known as Tucker #1024, meaning it was the 24th built – is one of only 51 assembled, 47 that still survive, and 24 on public display. There may be two Tuckers in Nebraska – a Nebraskan bought #1010 a few years ago after it was stored in a Washington State barn for years. The owner’s name isn’t known and neither is the car’s condition, nor is the car on display. In any event, the Museum of American Speed’s is the only one visible for miles around and it’s a gorgeous one. 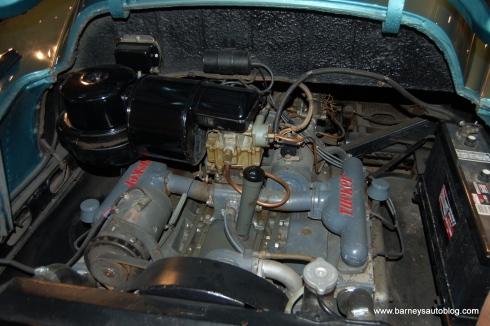 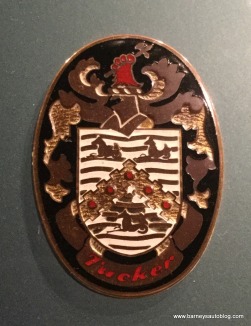 Tucker family crest, used as emblem for the car. 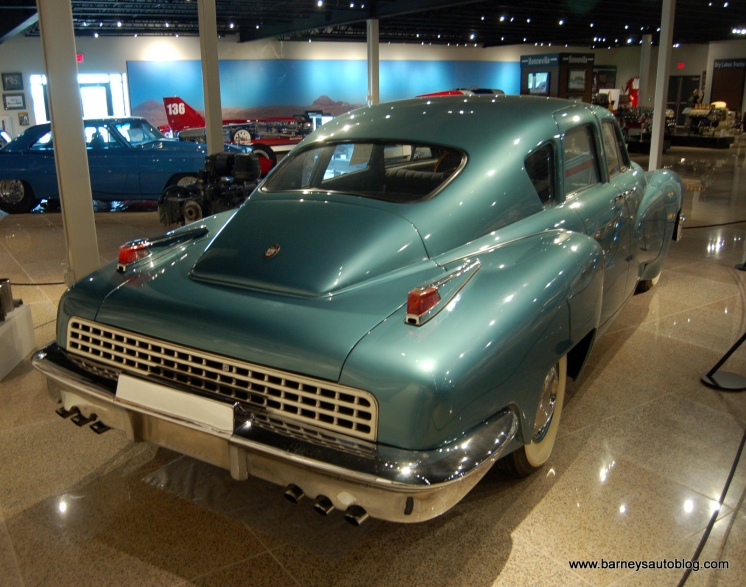 Johnston says many of today’s visitors probably saw the movie starring Jeff Bridges as the car’s progenitor, Preston Tucker (this was one of two “real” Tuckers in the film). Tucker created a highly innovative car but he was also highly creative in trying to find funding for his company, such as selling dealerships and components for a car that didn’t yet exist. Such activity led to Tucker’s investigation by the Securities and Exchange Commission, what many believe was prompted by the major car manufacturers.

“Back then you had to borrow components from other manufacturers,” Johnston said, with the Tucker having a Cord transmission, for example. “This was the most advanced car of its time. He was going to offer features that others weren’t ready to offer and didn’t want to be pushed into.” 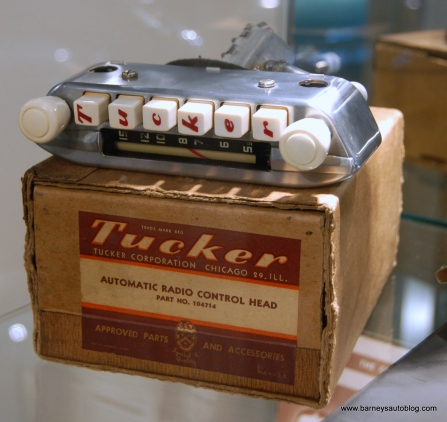 The Tucker’s radio was pre-sold to reserve the car for prospective buyers. 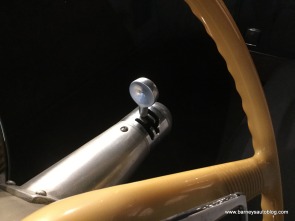 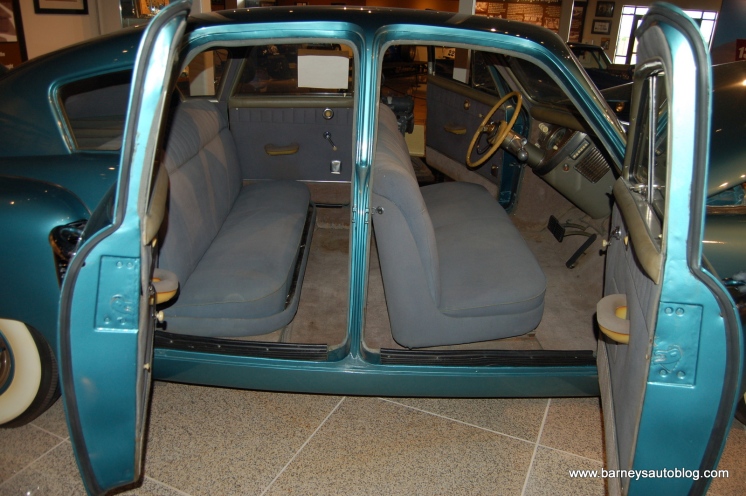 “Suicide” doors reveal the interchangeable front and back seats.

Johnston said museum staffers believe #1024 was perhaps used by the Tucker Corporation as a demo or display car before it ended up with Dallas Tucker Sales (which was owned by the Blue Bird bus manufacturing company). One of DTS’s salesmen – Jesse Tallent – generated enough sales that Preston Tucker himself made him a regional salesman for the car company.

Financial difficulty for Blue Bird and back pay owed to Tallent led to his ownership of #1024, and he sold it in 1953 to millionaire Bobby Burns of Wichita Falls, Texas, who was later killed by his wife and who then killed herself. Their estate sold the car at the 1986 Barrett-Jackson collector car auction to Tom Monaghan, owner of the Domino’s pizza chain. He displayed it at his museum until selling it at auction to the Gast Classic Motor Cars Museum in Strasberg, Pennsylvania, in 1989. In October 1997, Bill Smith from the Smith Collection bought it at auction for $275,000 and buyers fees. The last time a Tucker sold at a Barrett-Jackson auction, in 2012, the winning bid was $2.915 million. 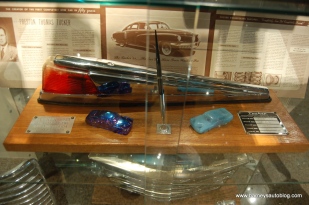 Among the museum’s Tucker artifacts is a pen holder featuring a taillight and ID plate from Tucker #1023 which was destroyed by fire. 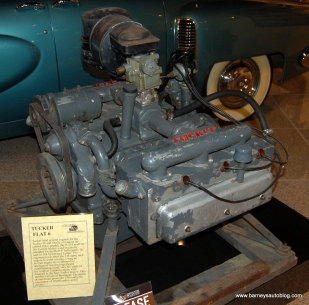 A Tucker Flat-6 engine, tested at maximum power for 150 hours – the equivalent of 18,000 miles at full throttle. 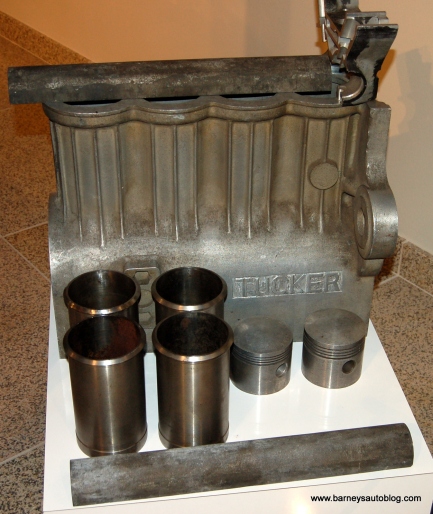 A racing engine built by Preston Tucker with Harry Miller. The story is that the engine was engraved “Miller,” but Tucker secretly re-engraved with his name.

Now in Lincoln at the Museum of American Speed, don’t expect the Tucker to find another home. “Other museums will sell off cars in order to buy other cars, or get closer to a particular them,” Johnston said. “We have enough family support that we don’t do that.”

(The Museum of American Speed, located at 599 Oak Creek Drive in Lincoln, begins its winter hours on October 3, open on Mondays and Fridays from noon to 4:30 p.m. Visit the museum’s website at www.museumofamericanspeed.com)