(Click here to see and hear the “Pirate Pickup”)

For the last six winters, Brad Tuttle has built hot rods in his Louisville boat shop. No one’s boating in winter in Nebraska, anyway, and a friend wanted him to use his hot-rod building skills to build him one. That car ended up being a $150,000 show car and inspired Tuttle to build one for himself.

“I couldn’t afford to build a car like that,” he said, “but I started looking at building a rat rod. I thought it would be kind of fun – you can drive it to Walmart and don’t have to worry about getting it dinged or picking up rock chips.” 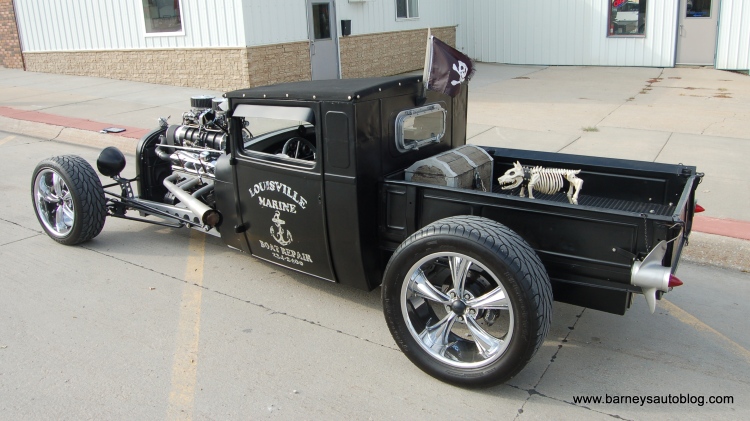 He found a 1929 Ford pickup on Craig’s List in 2012 with – unbelievably – only one owner. “The guy’s grandpa had bought it brand new,” Tuttle explained, “and he was hauling a cow in the 1950s with it and got pulled over, probably doing no more than 40 mph. The grandson said the cop said it shouldn’t be on the road so the grandpa parked it.”

The result was an 83-year-old truck with virtually no rust. Tuttle sanded it down to bare metal, which he originally thought he wanted for the finish; it didn’t look as good as he’d expected and went to flat black, completing the entire project that winter, building the engine, the frame and pretty much the rest. 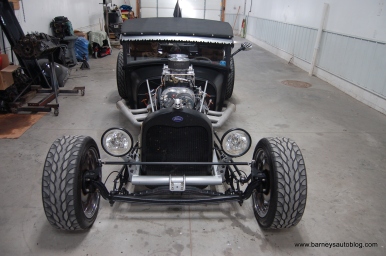 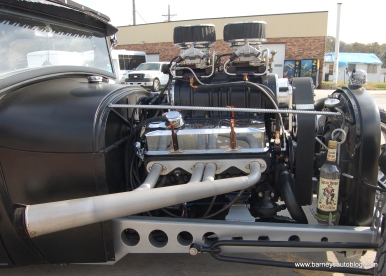 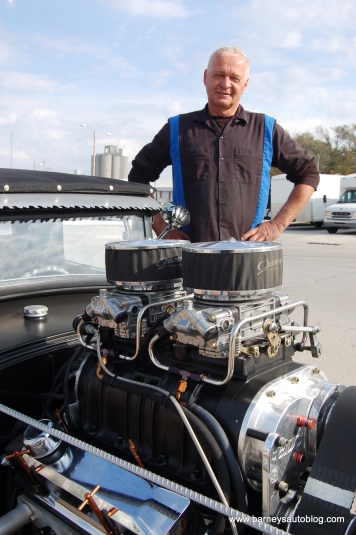 During the build, Tuttle decided he needed a theme for the car. As the owner of Louisville Marine, it was kind of natural to come up with something nautical to go with the shop’s name on the door. That and the black soon led to pirates and that’s when he started to have fun with it, from front to back.

The hood ornament with an eye-patched skull is actually desk decoration from “Pirates of the Caribbean” found at a Disney store. The radiator overflow is an empty Captain Morgan rum bottle.

“All of these have a visor (for the windshield),” he said, “but I have an old saw blade” which is kind of reminiscent of a tattered sail. 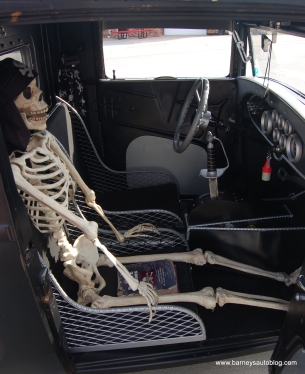 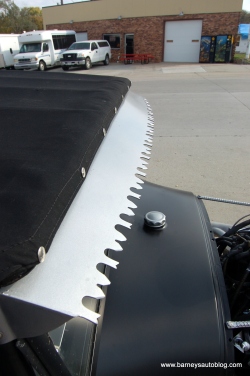 A saber handle acts as the gearshift; its blade is the flagstaff for the Jolly Roger on the roof. The bed of the truck holds a treasure chest “because I needed someplace to put the battery,” he said. A Chris-Craft window acts as the rear window. Propellers frame the taillights and giant fishhooks are pins for the tailgate. Finally, the personalized plate “ARRRR” finishes it out.

“The funny thing is that I’ll take it to an auto show and be parked next to a much nicer car,” Tuttle said. “People will look at that car for a second, then come over and spend all kinds of time looking at mine.” 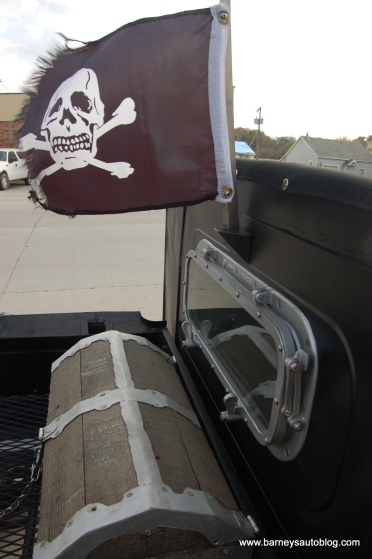 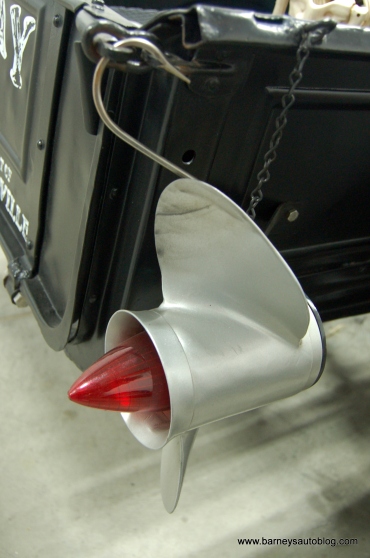 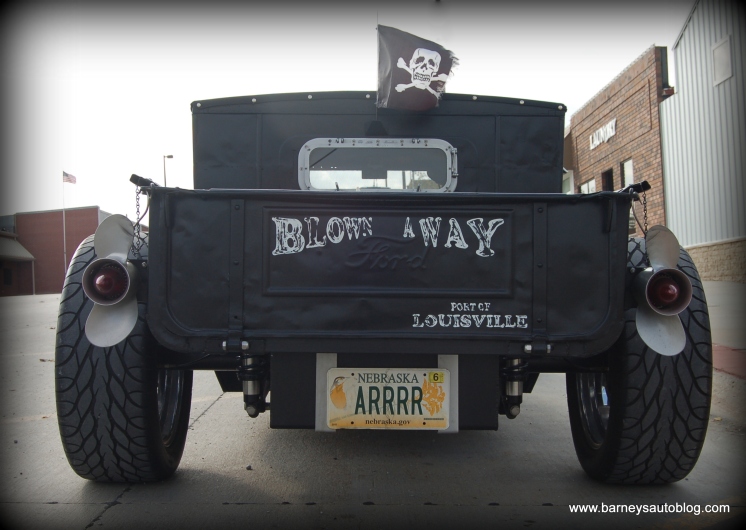 He loves to show it – it and its skeleton man and dog mascots will on Louisville’s main street for kindergarteners when they make their Halloween walk. He shows the car regularly and took it to nine shows this summer, bringing home eight first-place trophies and one second-place.

He drives it frequently, putting around 18,000 miles on the car every year, and once got pulled over in Lincoln for speeding. The troopers visited with Tuttle during the stop, with one asking if it was fast. “’Fast enough to get a speeding ticket,’ I said. They laughed and said, ‘Nah, we’re just giving you a warning’.”