As far as Leon Timmerman is concerned, he has a Dictator that will never fall from grace.

The Dictator has been kept stock as much as Timmerman can allow. “I’m no hot rodder – I want them like they were,” says the retired electrician. “It’s kind of classy and I didn’t want to change that.” 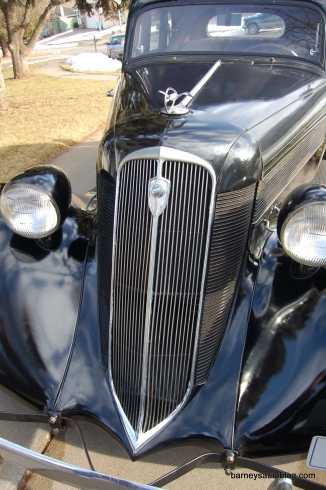 He is only the third owner of the car and has had it the longest. He bought it from a Lincoln man who had inherited it from his father who bought it new. That son had plans to restore it but never made it happen. “It wasn’t running so I had to tow it home,” Timmerman said, “and I had a hell of a time – it just wouldn’t track.”

He didn’t have to do a lot to it – he put some sealant around the gas tank to keep it from leaking and cleaned up the fuel system.

“I did some sandblasting for the fenders and there was a lot of paint missing on the top, so I repainted those two areas,” he added. “The upholstery was rotted, so I had a friend do the seats and I did the doors, the headliner and the visors. There had to have been a million tacks in there when I was doing the headliner and panels; I did use mostly tacks install the new but not nearly as many as they did at the factory.” He also repainted the simulated wood grain on the dashboard and around the inside window frames.

Timmerman’s fairly sure that the original six-cylinder engine is in the car with its 82-thousand miles. “This one still had the engine pans, and they typically threw these away if the engine was overhauled,” he said.

When the Dictator came out in 1927, the term didn’t have the connotation that it would have in ten years. As far as Studebaker was concerned, “Dictator” meant that the model “dictated the standard” for other cars to follow.

The name wasn’t that popular in some of the European monarchies to which the car was exported; Studebaker changed the name to “Director” in those countries and all was fine.  Even after Benito Mussolini came to power, the Dictator was still acceptable among American consumers. With the rise of Adolf Hitler, however, the end was near – in 1937, the Dictator was rebranded as the Commander (which had been dropped as a Studebaker name in 1935). 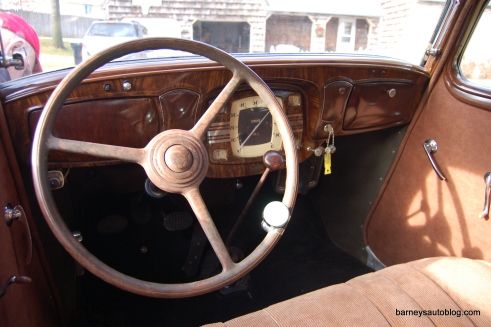 Timmerman, 79, is just a year older than the car but plans to keep it for the long haul. “I once thought of selling it, but it seems lately that four-doors are going up,” said the long-time collector who’s owned several other Studebakers. “And these were just amazing. There’s not a Phillips screw on the whole car – just flathead screws – and it was all hand built.”

As happy as he is with the Studebaker, he calls it a “20-foot car,” meaning it looks its best from 20 feet away. You can see paint chipping away around the corners of the door and the windshield wiper is missing. It has a “spray-can-chrome” bumper along with other minor imperfections, but it’s not like he plans to show it. 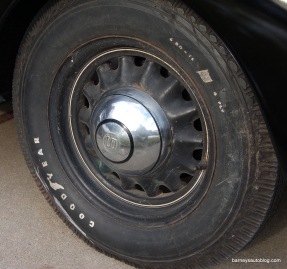 “The big reason I don’t show is typically something breaks just as you’re getting ready to take it out,” he said. “These tires are forty to fifty years old and one would probably blow while I was out. It drives very nice, though – it’ll go 50 slicker’n a whistle.”

Love Studebakers? Check out my features on a 1952 Commander and a 1938 Studebaker COE Hauler!