It’s not often that a prize-winning hot rod pulls a Rip Van Winkle like Ron Saathoff’s just did.

After winning many a competition half a century ago with his 1928 Ford Model A pickup truck, he put the cranberry-red-and-chromed beauty away and got on with life. Now 74, the former co-owner of Papillion Sanitation has lived close to his hometown of Glenvil, Nebraska, for most of the past 20 years.

It was only last year that he pulled the “King A,” as he’s nicknamed the truck, to shine once again and catch the eyes of show-goers as it did at last month’s World of Wheels in Omaha and won the “Old-School Hot Rod” class. 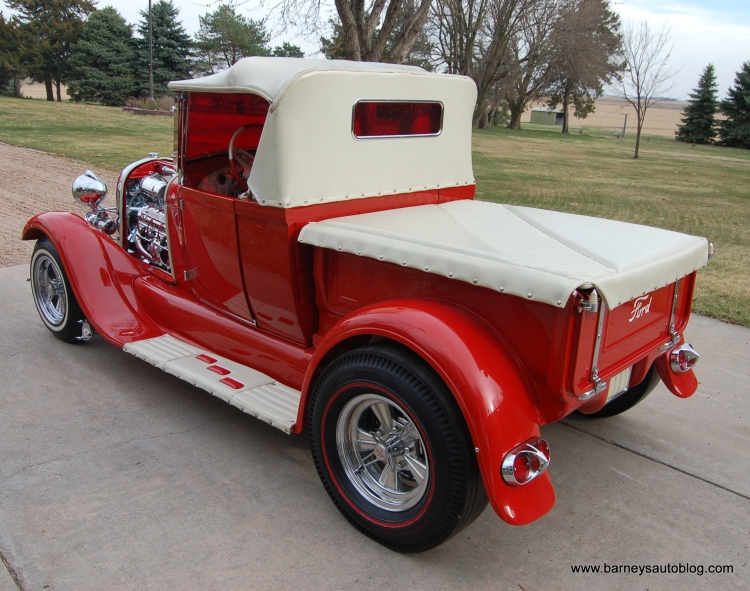 Saathoff bought the truck in 1961 in Hastings, paying just $100 for it. “It was a normal Model A (pickup), not rusted out or banged up, with just a few fender dings,” he said. “I got its four-cylinder (engine) running and ran it that summer.”

He worked on it continuously from his home near Hastings, driving and making improvements. “In 1963 I got it licensed to drive and took it to a show in North Platte and got second place,” Saathoff said. “It actually wasn’t even running at the time.”

He kept on driving, improving, showing, and winning “until it got to the point where it was too nice to drive.” At that point, the king became a queen, as in trailer queen – if it goes anywhere today, it goes in its custom-painted trailer.

By 1965, he “retired” the truck. He did a show in Omaha and another in Denver in 1968, but then put the king on ice for five decades, kept in its trailer inside of a building. He showed it in 1970 at a Chrysler Plymouth dealer – a natural venue for a Ford with an Oldsmobile engine – and two or three other spots but no competitions.

Things changed last year. Saathoff was talked into showing the pickup at the Tri-City Rod and Custom Show in Grand Island, but he opted not to compete. But by putting the truck out there again, Saathoff caught the eye of the World of Wheels organizer who wanted him to bring the car to Omaha. “I said I didn’t know if I wanted to haul it that far,” Saathoff said, “but he promised me a prominent spot and the more we talked I decided I would.”

Lucky for Omaha. The “King A” is gorgeous example of the “old-school” builds for which Saathoff won. This is from a time when the hot-rodders did their own engineering, making their own parts rather than buying something and bolting it on. He has all kinds of makes and years into this: the engine is a 1957 Oldmobile Rocket, the transmission’s from a Cadillac LaSalle, the rear end from 1940 and ’46 Fords, the front axle from the ’40 Ford but with steering gear from a ’47 Olds. The tail lights were taken from a ’58 Chevy and the radio is out of a ’55 Ford.

As can be guessed, Saathoff is justifiably proud of having done all of the work himself, except for the roll-and-tuck upholstery and the last paint job. For the King’s return, he got it repainted professionally last spring. “I got it all sandblasted first,” he said. “The first time I had painted it myself without a paint booth.”

Saathoff thinks the truck will stay in the family for at least another fifty years. “We’ve got twin 15-year-old grandsons,” he said, “and I have this, an Olds Toronado, and a redone ’57 Olds. I’ve told them they could have their pick of the cars when I’m gone – Aaron wanted this and Adam wanted the Toronado. When we started it up, Adam went around saying ‘I think we should share this one’.” 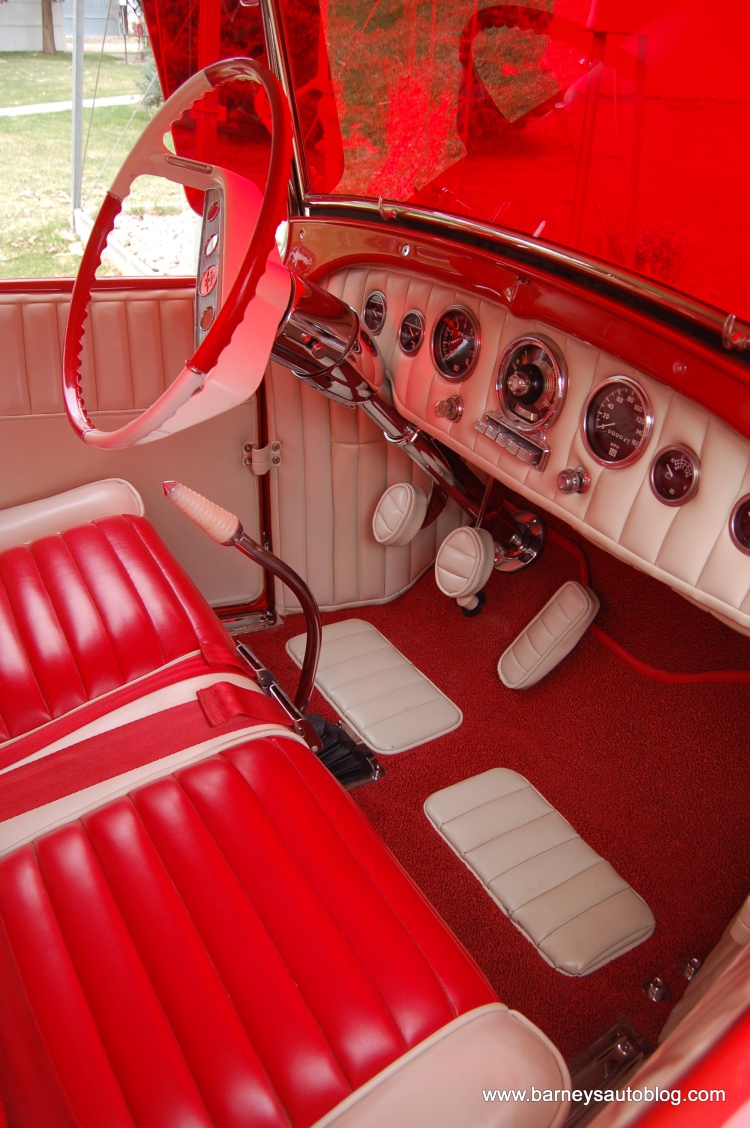