Ed Veneck had a great little high-school hot rod in his 1972 AMC Gremlin X. He bought one new in 1972 and hot-rodded it out with a new intake, cam, header and four-speed. 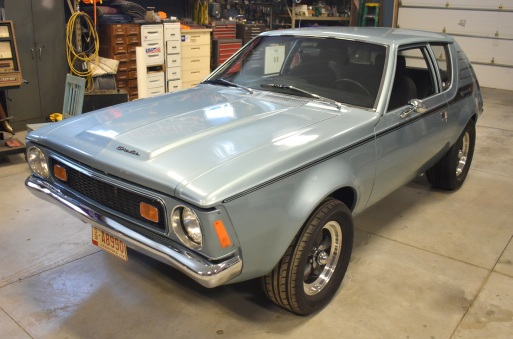 “Then I got into stock car racing and sold it when I needed a truck,” he said. “I tried to find it in the ‘90s. This was pre-internet – I was placing ads in the Thrifty Nickel and other places to see if anyone had it or knew where it was.”

Not giving up on the search for his original, Veneck decided he couldn’t wait to re-create his long-lost love. After finding a white ’72 Gremlin in Pender, Nebraska, he spent much of the last thirteen years in recreating his ex-X for its debut at this month’s World of Wheels show at the CHI Health Center.

“I drove it onto the floor with one mile on the odometer,” said Veneck, 65. “The best compliment I got when I fired it up was ‘G—d—, that thing is bada–!”

The aggressiveness Veneck put into his car belies its subcompact status. The Gremlin debuted in 1970 as a kind-of-cute, kind-of-controversial competitor to the Chevy Vega and Ford Pinto. AMC wanted a car to meet the subcompact demand but took some shortcuts along the way, the biggest of which was taking its Hornet and making it shorter, lobbing a foot and a half off the end and shortening its wheelbase by a foot. Retaining the hood length of the Hornet and raising its tail made it seem like a longer car, although it was only two inches longer than a VW beetle.

Veneck bought his second Gremlin in 2006 after being told it was a Texas car and rust-free. Well, just a little rust. OK, when home and on the rotisserie, quite a bit more rust. Veneck ended up replacing both rockers, “but otherwise it was mostly little nicks and dings.” 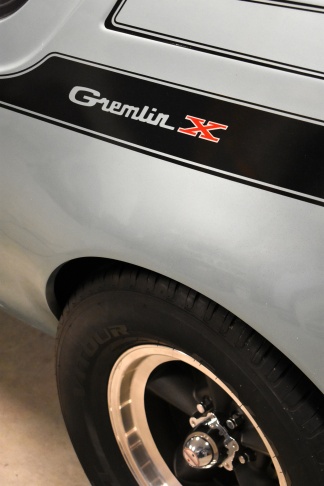 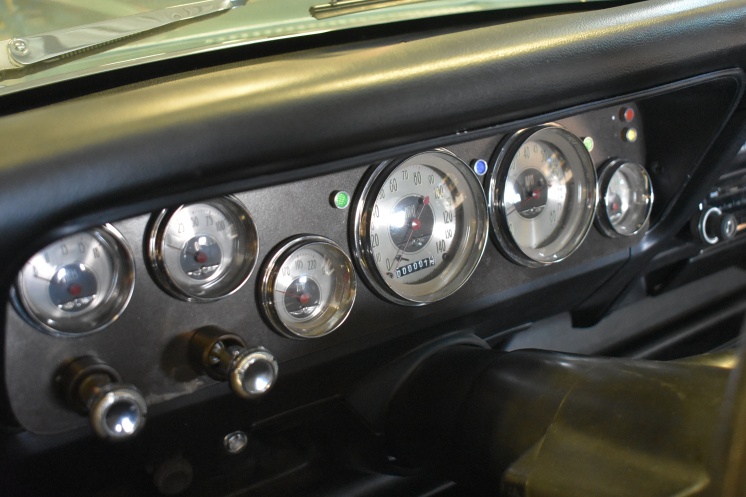 He had sort of a start-stop relationship with the restoration but went at it in earnest in 2015, “and I’ve been at it since putting the last hose right before the World of Wheels,” he said.

Veneck did the paint job himself, covering the car with the “Stardust Silver” paint used on his first ’72 Gremlin and available only that year. Naturally, he had to add the Gremlin X trim package for side stripes, front facia, 70-inch tires, and other appearance features. He dyed the blue panels black, replaced the bench seat with buckets (to be replaced with original buckets once refinished), and built his own dash display. Under the hood, the new 401 engine is joined with a new aluminum radiator and Edelbrock headers, and a T-5 five-speed transmission. Everything else in the power and drive train is era-appropriate, right down to the stickers.

When he bought this car, the only option it had with it was an AM radio. Veneck found an original AMC air conditioner in a Hornet at a U-Pull-It. The Gremlin X came with an inflatable spare and canned air just to give it a little more space in its trunk. Veneck actually found a 45-year-old bottle of air and the spare in a junkyard in Minnesota.

Veneck said he still has to shake out some bugs with the car and tone down the muffler a bit, but it’s now on tap to hit the show-and-shines and the cruises. Is the enjoyment from 45 years ago still there? “OH yeah,” he grins. “Gremlins are amazing to drive.”